Each year, in the crisp fall air, music filled Germantown’s Vernon Park as residents danced from one tent to the next, hunting for secondhand goods and homemade treasures to cover their walls and fill their cabinets with at the Flea Market and Bazaar. South Philadelphia’s FDR Park held picnics, tennis matches, and skaters met at the graffitied, under-the-bridge skatepark to perfect ollies and grinds.

On Lombard Street, the trees that shade Starr Garden felt alive, swinging in the summer breeze as children climbed on playgrounds and showed off their basketball skills. Even the bugs mosaiced on the walls of the community center seemed to buzz in the summer heat.

Philadelphia’s parks were dynamic until last March, when the coronavirus pandemic spread across the globe, leaving people locked into their own living rooms and, if they were lucky, their backyards. Neighborhoods were unsure if using their park, a place that previously welcomed them was a potential health risk. But, even if parks were able to be utilized by residents, who would ensure that masks were worn and equipment was sanitized? And who would be there to regulate the public space?

Despite concerns that the Philadelphia Parks and Recreation Department and volunteers had during the first few devastating months of the pandemic, public space in Philadelphia remained public.. Amidst national and city restrictions and a loss in funding through the city budget, more people turned to the one place that felt safe and comforting: their community park.

How many people, exactly?

“At least 50 percent,” says Maita Soukup, the communications director for Parks and Recreation, about the increase of pedestrians roaming around the city’s park system.

As the pandemic continues and warm weather approaches, Soukup expects city parks usage to rise again, because parks give people a place to seek social interaction in a time when being around others feels uncomfortable. Hopefully, Soukup says, the interest in Philly’s green spaces will continue “after the pandemic, after everything returns to normal.” However, increased park usage means challenges to maintenance and growing dynamics of what parks mean to Philadelphia neighborhoods.

Because of Parks and Rec department budget cuts of nearly 20 percent and safety concerns surrounding the coronavirus pandemic, the 70 community pools scattered around the city closed during their prime season: June through August. Soukup was glad that the Parks and Rec department was one of the few city departments that didn’t lay off any full time staff. Instead of cutting back on employees, they found ways to shift staff around, like finding places for pool staff as social distancing ambassadors or summer camp counselors at city parks.

Philadelphia has more than 10,000 acres of green space throughout the city, which allows for more than enough space to social distance. But, it was important to Soukup that the Parks and Rec department implemented signage for park users to keep them safe when there wasn’t social distancing ambassadors around. Parks and Recreation focused on safe, yet welcoming messaging in the parks because Soukup didn’t “want to make coming to the park an additional stress or pressure for folks.”

Angela Miles works at the Community College of Philadelphia as the coordinator for creative services, and volunteered the last nine years at Vernon Park, Germantown’s community park as the President of the Friends of Vernon Park, a group that preserves, maintains and plans community events in the park. Vernon Park, affectionately known as the “Emerald of Germantown,” is eight miles of green, mature trees and community history.

Prior to coronavirus, Vernon Park was a community gathering place for picnics, outdoor classes for youth and older residents, the People’s Poetry and Jazz Festival, and the Friends of Vernon Park Flea Market and Bazaar. Miles says it’s “always a really vibrant place that is welcoming to all people to come and gather and hang out, or just pass through,” but now sees changes to how it’s utilized. Smaller groups of people gather in family pods or social bubbles, utilize the space for activities like yoga, or sit at the picnic tables just to catch up with one another.

“We noticed a change in how people are using the park but definitely notice that people are still coming through a lot,” says Miles. In March 2020, some community parks shut down playgrounds by rolling out caution tape and hanging it over equipment to keep young people away in hopes it would mitigate the spread of virus in communities, especially during a time of vast uncertainty. Vernon Park responded differently, providing ways for community members to stay healthy and safe, attaching hand sanitizers to the benches scattered among the park for visitors to use.

Visitors at Franklin Delano Roosevelt Park in South Philadelphia utilized the park for a myriad of social activities like graduation parties, family gatherings, or church services during the summer months when it was really the only option for Philadelphians to leave their homes, says Justin Diberardinis, the director of FDR Park at the Parks and Recreation department. He believes volume increased by “at least by two thirds, maybe as much as doubled,” through the estimated trash growth at the park.

As he witnessed FDR Park become South Philly’s “outdoor living room and gathering space,” Diberardinis viewed Philadelphia’s parks as essential to city residents during quarantine and the entire pandemic. Parks help people fulfill their physical well-being through athletics and recreation, and their psychological wellness, too, especially during a time when slim hallways and dark first floors of Philadelphia rowhomes made people feel trapped.

Starr Garden, located on the corner of Locust Street and 6th Street, used to keep its gates locked at night. Its large, grassy field was only open to groups who had rented it out, like adult soccer leagues. During the pandemic, when people needed a space to get outside for fresh air in the community, Anna Whitesell, a member of the Starr Garden Neighbors and Friends board, and the Parks and Recreation department started leaving the field open to the public because organizations weren’t open to utilize it.

Starr Garden still held its summer camp last summer and wasn’t much different for the kids, says Ellen Ryan, the facilities supervisor at Starr Garden. The park had about 20 students registered, and while they didn’t have access to the community pools and couldn’t go on trips outside of the park, Ryan says they “really spent most of our time just out in the playground or on the field.” The campers used the basketball courts and the park’s sprinkler to enjoy the outdoors.

Staff reallocation, budget cuts, and added park usage caused a rise in maintenance needs in community parks. Working with the stewardship volunteer groups, Philadelphia parks hosted events like “Love Your Park Solo,” where residents could apply for a free clean-up kit with gloves, a trash picker, and other equipment to clean their community park, giving “volunteers who like going out as a group and volunteering, but didn’t feel safe to do that due to COVID,” a way to safely return to helping their park, Soukup says.

Volunteer groups like Friends of Vernon Parks and Starr Garden Neighbors and Friends were vital to keeping parks cleaned, beautified, and well-maintained through the pandemic. While FDR Park has Parks and Recreation staff like Diberardinis to care for the park, they still rely on a force of about 200 volunteers, most of which are new, to help with maintenance and cleanup. Soukup says it was an added bonus that the pandemic seemed to help grow these organizations because new visitors were exposed to their community parks and wanted to help.

Miles was concerned that group cleanups might be unsafe during the pandemic, so Friends of Vernon Park purchased trash collecting sticks, contractor bags, and gloves for community members to utilize if they wanted to do solo trash pickups, which she says helped “people could feel like they were actually … [making] a difference without it necessarily being a group structured cleanup.”

The Parks and Recreation department will continue some events they started that flourished during the pandemic in the future, like Parks on Tap, a pop-up outdoor beer garden in parks with tables spaced out in the large green spaces. Keeping large numbers of outdoor exercise classes is encouraged, even if gyms and studios are open again. “Necessity drives innovation,” says Soukup. “So when people have nowhere else to go, and we knew it was safe to be outdoors, people started doing a lot more stuff in the parks.”

Diberardinis saw FDR park act as a place where people appreciated and experienced nature, and can see the excitement for park space continuing into the future. FDR Park is already scheduled to host the Philadelphia Flower Show in June for its first-ever outdoor show, something Diberardinis is thrilled to witness. The increase in usage will hopefully let people “feel South Philadelphia and all it’s beautiful, diverse, multilingual, chaotic glory,” when they come to the park.

Even after coronavirus, Whitesell aims to keep the gates and the field at Starr Garden open for public use. She’s looking forward to the anticipated increase in park utilization and is already hopeful the Starr Garden Winterfest, an outdoor community celebration in February with ice carvers, crafts, and artwork, will happen in 2022.

Still, Whitesell longs for days where she can sit in the shade of Starr Garden’s trees and look toward a full park, where people have access to the space, and can enjoy it closer together, like before the pandemic. “People will come up and be like, ‘I came here as a kid, this was my park,’ and now they’re bringing their grandkids here,” Whitesell said. “It’s got a lot of great history, and just gotta keep taking care of it.” 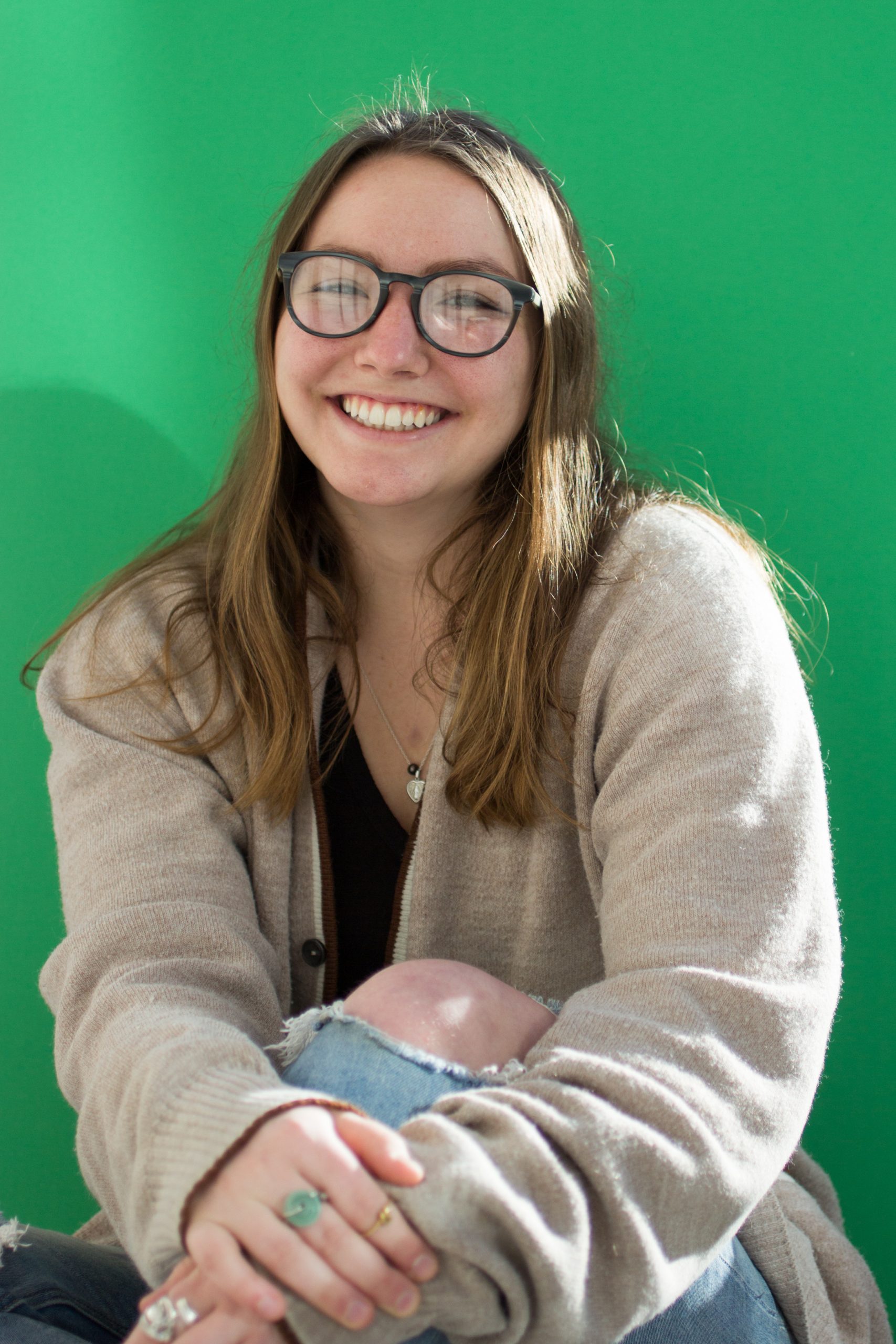 She starts her work day in a typical fashion:...
Read more